The CRA has penalized dozens of former clients of B.C.-based DeMara Consulting for gross negligence after the company tried to bilk the tax agency out of millions of dollars. Lawyers claim the penalties are heavy handed (According to CBC)

Dozens of clients of a disgraced B.C. tax consultant who tried to bilk the Canada Revenue Agency out of millions of dollars are facing the possibility of financial ruin after being penalized for “gross negligence.”

Toronto-based lawyer Duane Milot won a gross-negligence case last summer for a Nanaimo, B.C., man who — with his wife — was handed penalties totalling $220,000 after filing taxes through DeMara.

Milot says the tax agency should punish Canadians who abuse the system, but there should be room for discretion. He calls the law “arcane” when it comes to penalties. Milot Law Represents several clients in the Demara Consulting case.

“These penalties are extremely onerous and penal,” he said. “They’re supposed to be applied in rare cases and only when someone intentionally or knowingly makes a false statement. But instead, the CRA often applies these penalties automatically.

“Where a number of Canadians have been deceived by fraudsters, the CRA applies them to every single participant. That is wrong, and it must stop.” 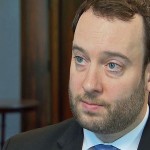 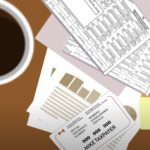